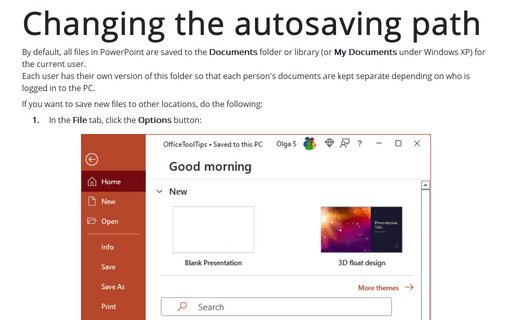 By default, all files in PowerPoint are saved to the Documents folder or library (or My Documents under Windows XP) for the current user.
Each user has their own version of this folder so that each person's documents are kept separate depending on who is logged in to the PC. 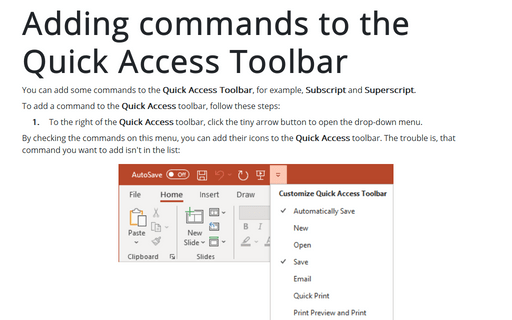 You can add some commands to the Quick Access Toolbar, for example, Subscript and Superscript. 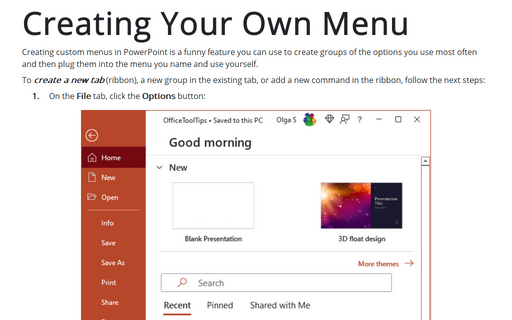 Creating Your Own Menu

Creating custom menus in PowerPoint is a funny feature you can use to create groups of the options you use most often and then plug them into the menu you name and use yourself. 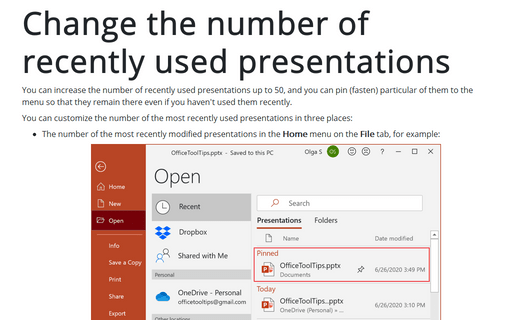 You can increase the number of recently used presentations up to 50, and you can pin (fasten) particular of them to the menu so that they remain there even if you haven't used them recently. 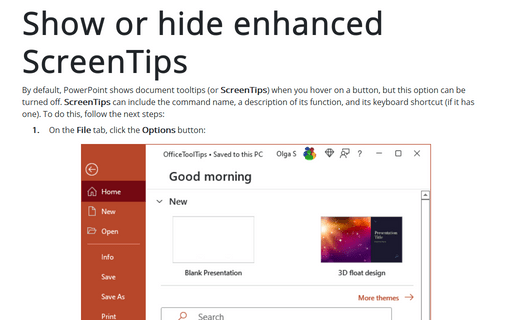 By default, PowerPoint shows document tooltips (or ScreenTips) when you hover on a button, but this option can be turned off. ScreenTips can include the command name, a description of its function, and its keyboard shortcut (if it has one). 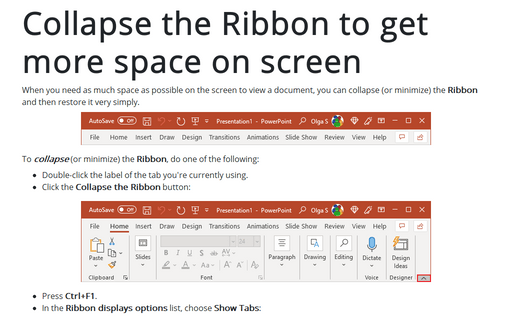 When you need as much space as possible on the screen to view a document, you can collapse (or minimize) the Ribbon and then restore it very simply.

How to turn off Start screen

When you first start most Microsoft 365 applications, you'll see a new feature called the Start screen. When the Start screen is turned off, starting PowerPoint without opening a specific file automatically creates a new, blank file. 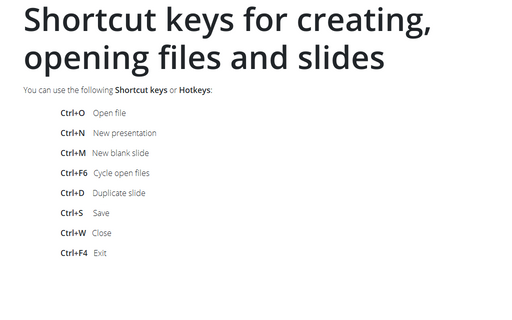 You can use the following Shortcut keys or Hotkeys in PowerPoint for Microsoft 365: 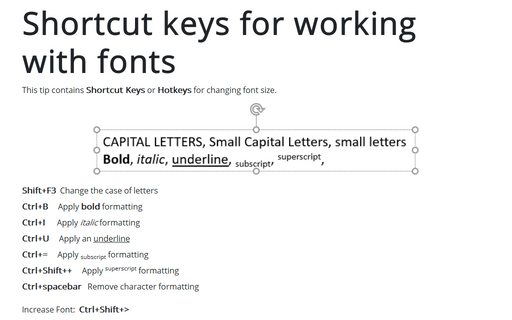 Shortcut keys for working with fonts