To use these wildcard characters, select the Use Wildcards check box in the Find and Replace dialog box. 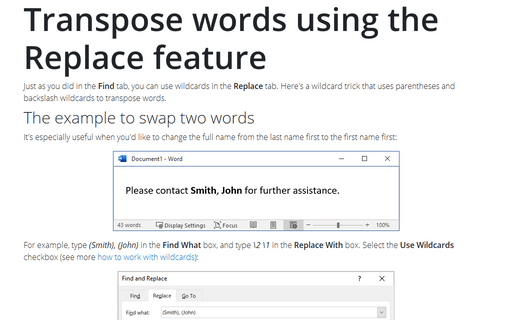