Word 2016 365 2013 2010 2007 2003
Wildcard characters and operators refine the search in Microsoft Word. Simple combinations of the question mark and asterisk allow you to search various word forms. More advanced options like character ranges and min/max occurrences make it even more powerful.

To use wildcard characters, click the More > > button, and select the Use wildcards checkbox in the Find and Replace dialog box: 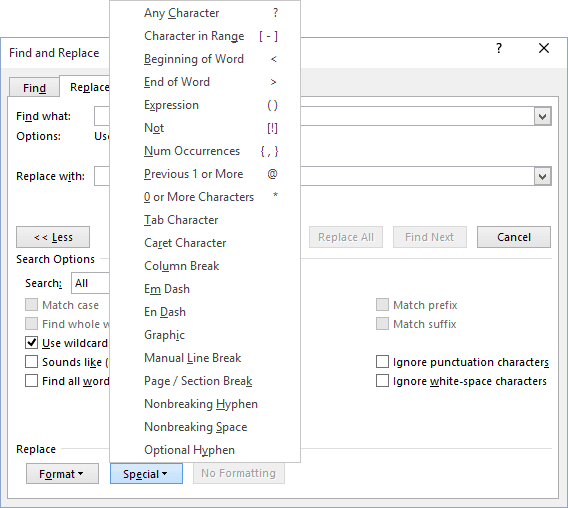 For example, if you are not sure how to spell receive, you can type rec??ve. Word then locates any word that begins with rec, followed by any two characters followed by ve.

How to show/hide nonprintable symbols in a Word document 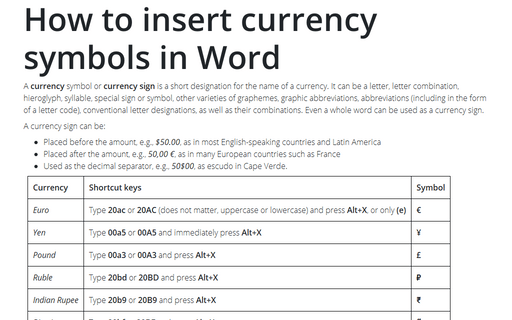