Office 2003 365 2016 2013 2010 2007
You can use the AutoCorrect feature to correct typos and misspelled words, as well as to insert symbols and other pieces of text. AutoCorrect is set up by default with a list of typical misspellings and symbols, but you can modify the list that AutoCorrect uses. 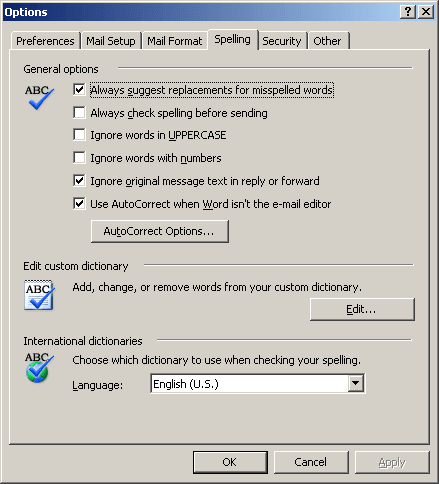 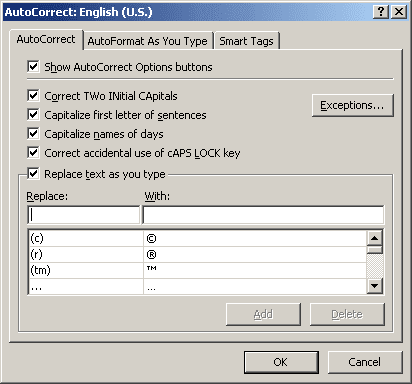 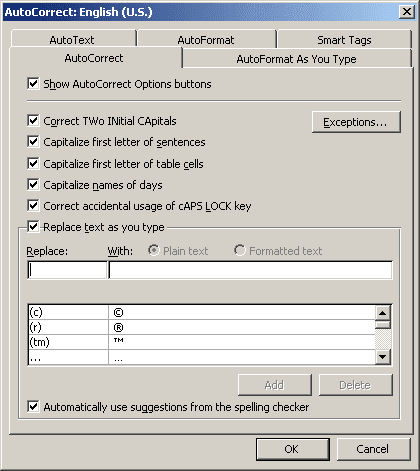 The first, Capitalize first letter of table cells, works much like the Capitalize first letter of sentences setting. The second option, Automatically Use Suggestions from the Spelling Checker, configures Word to consult the spelling checker if the usual AutoCorrect lookup doesn't find the word in question in the AutoCorrect list. If the spelling checker comes back with one-and only one-suggested correct spelling, the word you typed is replaced with the one offered by the spell checker. 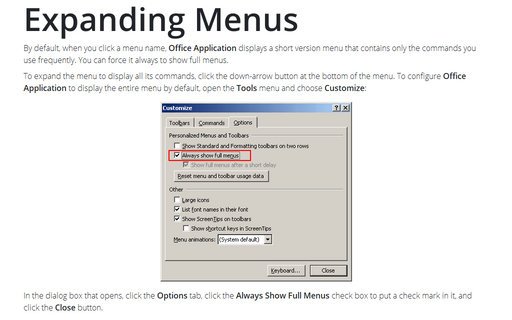 By default, when you click a menu name, Office Application displays a short version menu that contains only the commands you use frequently. You can force it always to show full menus.