Office 2016 365 2013 2010 2007 2003
You can use the AutoCorrect feature to correct typos and misspelled words, as well as to insert symbols and other pieces of text. AutoCorrect is set up by default with a list of typical misspellings and symbols, but you can modify the list that AutoCorrect uses. 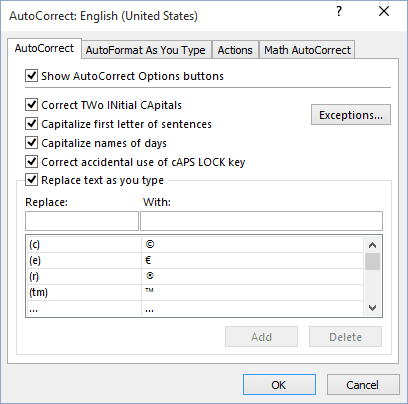 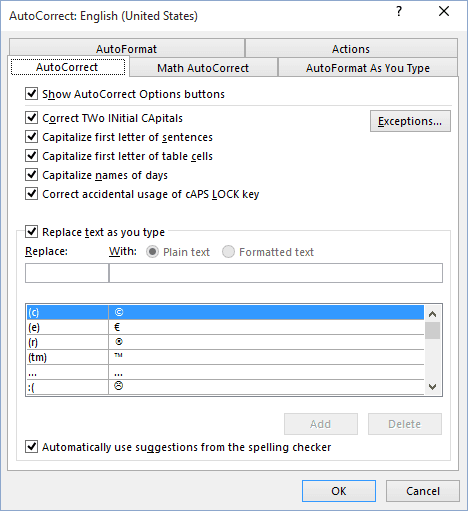 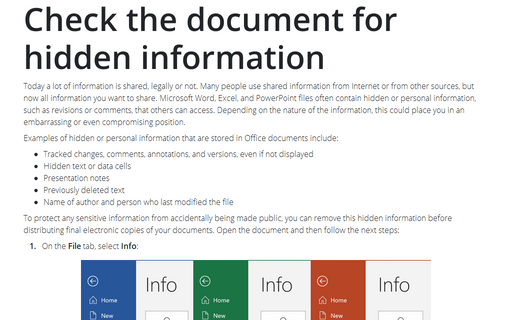 Check the document for hidden information

Today a lot of information is shared, legally or not. Many people use shared information from Internet or from other sources, but now all information you want to share. Microsoft Word, Excel, and PowerPoint files often contain hidden or personal information, such as revisions or comments, that others can access. Depending on the nature of the information, this could place you in an embarrassing or even compromising position.