Office 2013 365 2016 2010 2007 2003
You can use the AutoCorrect feature to correct typos and misspelled words, as well as to insert symbols and other pieces of text. AutoCorrect is set up by default with a list of typical misspellings and symbols, but you can modify the list that AutoCorrect uses. 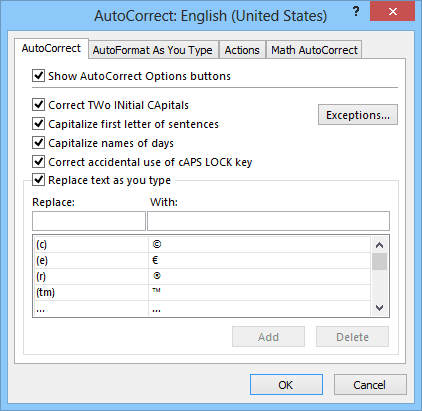 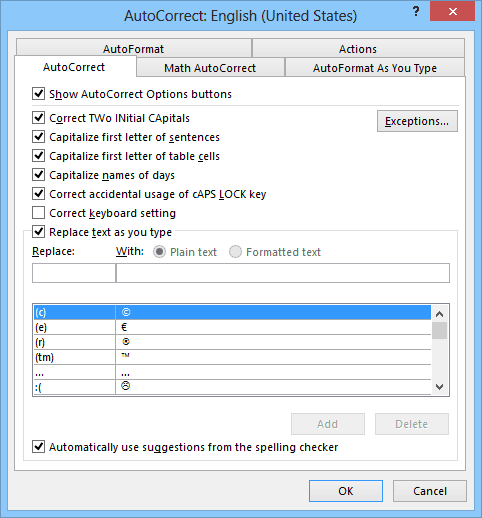 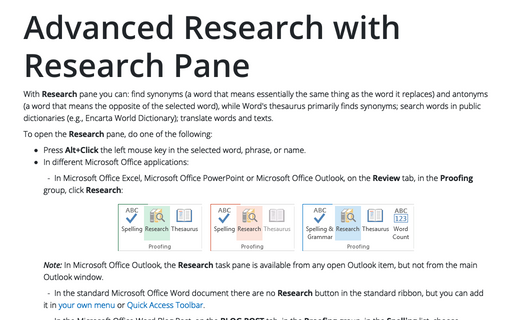