How to change cells format easily

To apply the format to the selected cell or range of cells, do the following: 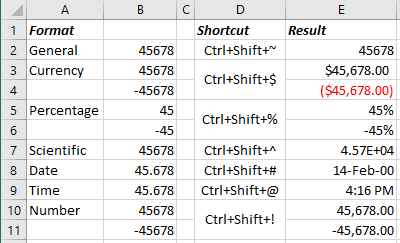 Note: The number format does not affect the value. It affects only the appearance. See also Different rounding effects in Excel.

The series of hashes can also indicate a negative time value (see How to format negative timestamps) or an invalid date, such as a date before January 1, 1900. 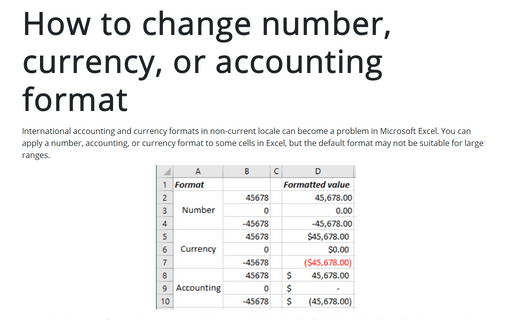 How to change number, currency, or accounting format

International accounting and currency formats in non-current locale can become a problem in Microsoft Excel. You can apply a number, accounting, or currency format to some cells in Excel, but the default format may not be suitable for large ranges. 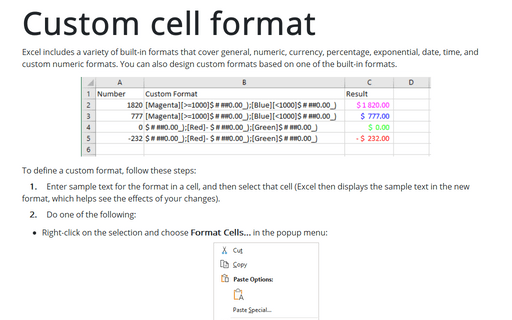 Excel includes a variety of built-in formats that cover general, numeric, currency, percentage, exponential, date, time, and custom numeric formats. You can also design custom formats based on one of the built-in formats. 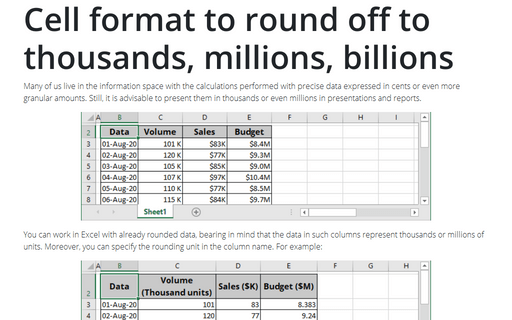 Cell format to round off to thousands, millions, billions

Many of us live in the information space with the calculations performed with precise data expressed in cents or even more granular amounts. Still, it is advisable to present them in thousands or even millions in presentations and reports.