Creating Pie of Pie and Bar of Pie charts

Excel 365 2016 2013 2010 2007 2003
Excel pie charts are useful to display fractions of a whole by splitting a circle into sections. Each section looks like a slice of a pie and represents a category. Such a layout makes it easy to observe relationships between parts, but the smaller becomes the slice (less than 10%) – the harder becomes to estimate it visually. 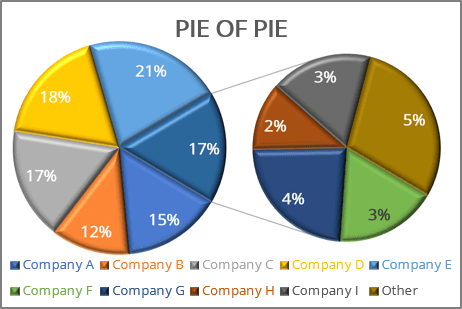 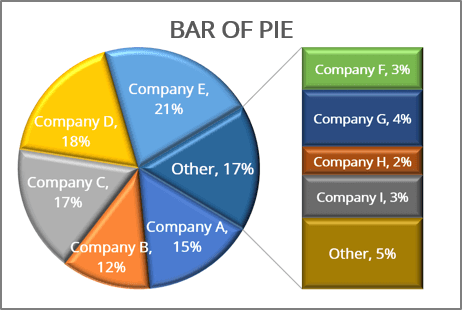 For example, if you have several companies that operate on the market, you can represent a part of every company on the market as a slice. 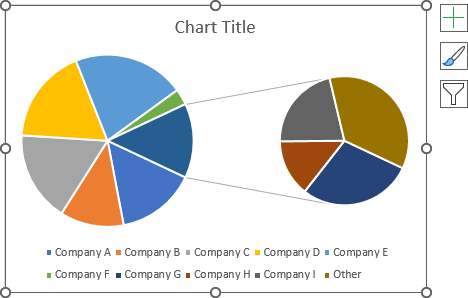 This data contains five slices that fall below 10%.

2.    On the Insert tab, in the Charts group, click the Insert Pie or Doughnut Chart button:

In the Insert Pie or Doughnut Chart dropdown list, choose the Pie of Pie

chart or the Bar of Pie 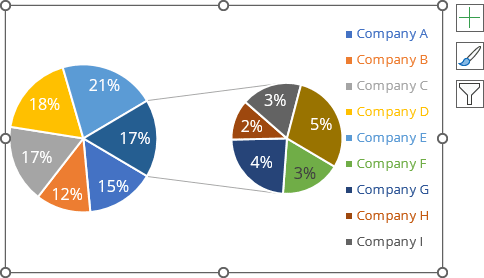 3.    Right-click in the chart area and select Format Data Series... in the popup menu:

4.    On the Format Data Series pane, in the Series Options tab, select which data to display in the second pie (in this example, the second pie shows all values less than 10%): 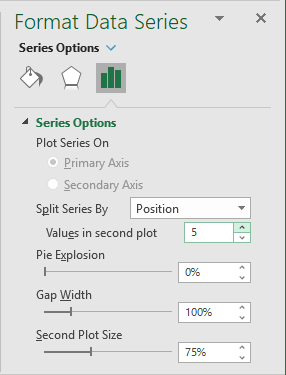 There are several ways to choose which categories (slices) to display in the secondary pie or bar chart:

You can then make any other adjustments to get the look you desire: 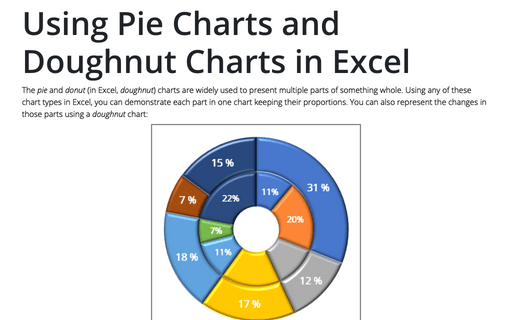 If you have several parts of something one, you can demonstrate each item in one pie chart. But sometimes you want to demonstrate the changes in those parts, and a doughnut chart will help you to do this. 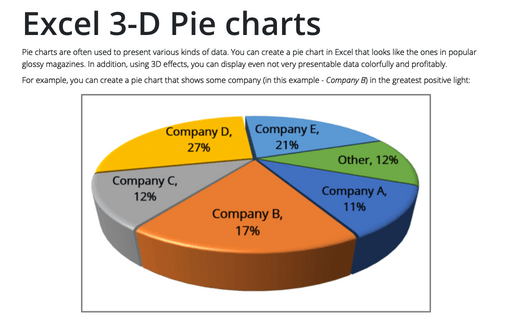 This tip is about how to create a pie chart such as in popular glossy magazines. 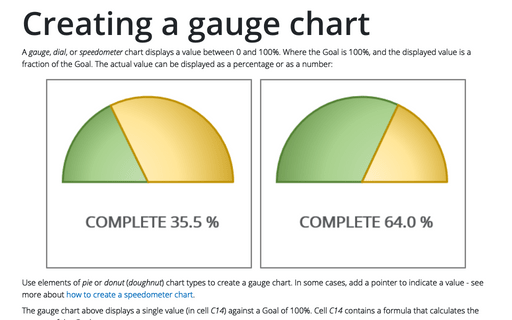 This chart resembles a speedometer gauge and displays a value between 0 and 100%.