How to create automatic numbers and captions for figures: images, pictures, and other illustrations

In Microsoft Word, figures mean all visual objects other than tables and equations. You can add or create figures using:

Note: Some publishers don't use the term figure for maps (e.g., Chicago style).

Figures normally have the label Figure and a number followed by a caption. A caption is a short block of text that provides quick information about the figure: 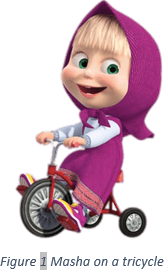 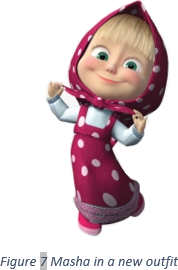 Usually, figures have captions instead of titles. See how to create automatic numbers and titles for tables if you need to create titles instead of captions. See also:

Note: You can create a custom label for some types of visual objects. See below how to do that. Remember that each type of object you label will be numbered sequentially within its group.

Attention! We highly recommend checking the formatting requirements, accepted by your college, university, company, or established on the project, etc.

Insert a caption for figures

To add automatically updated numbers and a short description (caption) for an object, select the object and do one of the following:

In the Caption dialog box: 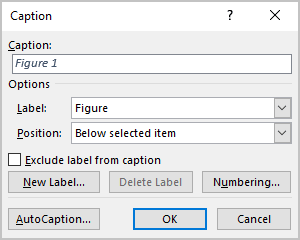 If you are satisfied with the selected options, click the OK button. Otherwise, make any of the following optional actions:


Select the label and its position

Note: See also how to delete a custom label.


Group a figure and its caption

According to all requirements, a figure and its caption should appear on the same page. Unfortunately, Word inserts captions without linking them to specific objects. A caption is like a separate paragraph that you can format to keep lines and paragraphs together, but this doesn't help if you move an object. If you have a floating picture (pictures with the wrapping text options), you can see that paragraph with a caption moves separately from the picture.

To move objects with their caption as a single block, you need to group them. To group a figure and its caption, do the following:

2.   Make sure one of the With Text Wrapping choices is selected (see Text wrapping in the Word document):

Note: Word groups with text only floating objects. So, you should do this step before you insert your caption. If you have a caption already, copy its text to the Clipboard, delete it, do this step, then re-add a caption.

3.   Add a caption using the steps of the section Insert a caption for figures above.

4.   Select a caption, then hold down the Shift key and select the figure: 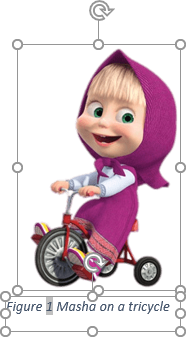 Word puts a single box around the objects instead of separate boxes around each object: 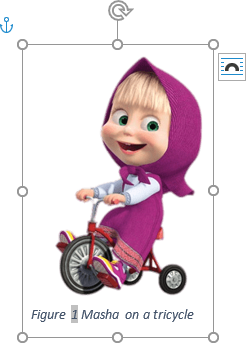 Edit or modify a caption

See how to turn on or turn off highlighting of fields in a Word document to display all fields in a document with a gray background.

Do not forget to format a caption according to the requirements you use!

Delete a caption and an unnecessary label

If you need to remove some caption, select the full caption (full line or several lines) and press Delete. Do not forget to update fields in the document!

To remove the unnecessary label, do the following:

2.   In the Label dropdown list, select the label you want to remove.

3.   Click the Delete Label to remove a custom label: 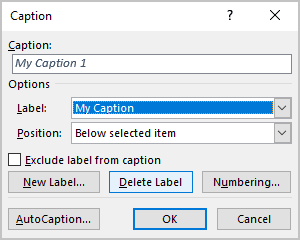 Word doesn't always keep up with changes in a document. Word automatically updates the caption numbers when you insert a new caption. After deleting or moving a caption, you should manually update a captions numbering.

To update fields in the document, select the entire document by clicking Ctrl+A, and do one of the following:

Note: Word doesn't update a numbering in text boxes as in shapes! So, if you have floating pictures, their numbering doesn't be updated until: 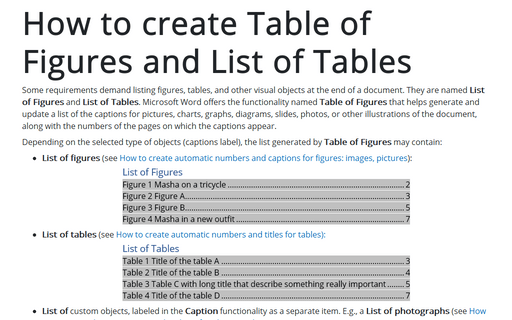 How to create Table of Figures and List of Tables

Some requirements demand listing figures, tables, and other visual objects at the end of a document. They are named List of Figures and List of Tables. Microsoft Word offers the functionality named Table of Figures that helps generate and update a list of the captions for pictures, charts, graphs, diagrams, slides, photos, or other illustrations of the document, along with the numbers of the pages on which the captions appear. 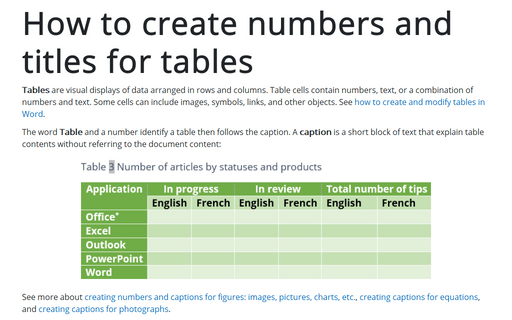 How to create numbers and titles for tables

Tables are visual displays of data arranged in rows and columns. Table cells contain numbers, text, or a combination of numbers and text. Some cells can include images, symbols, links, and other objects. See how to create and modify tables in Word. 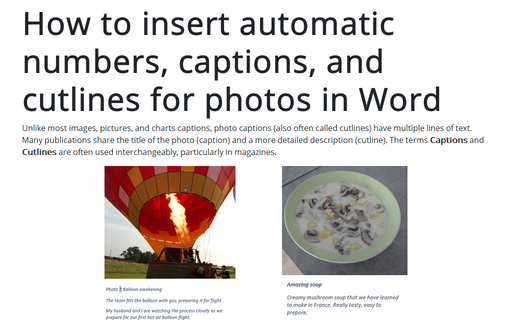 How to insert automatic numbers, captions, and cutlines for photos in Word

Unlike most images, pictures, and charts captions, photo captions (also often called cutlines) have multiple lines of text. Many publications share the title of the photo (caption) and a more detailed description (cutline). The terms Captions and Cutlines are often used interchangeably, particularly in magazines.