Outlook 2013 365 2016 2010 2007 2003
When you enter text into an e-mail, Outlook recognizes certain values, such as Web and UNC addresses (such as a network resource), and automatically makes them hyperlinks. However, after you enter a space, Outlook stops creating the hyperlink because it has no way of knowing whether you've finished the address and are now typing another word or whether the address contains spaces. 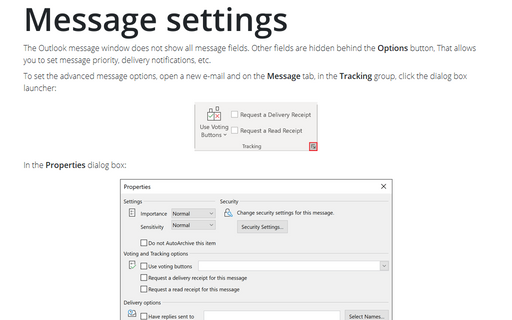 Outlook message window does not show all message fields. There many fields hidden behind the Options button, where you can set message priority, delivery notifications, etc. 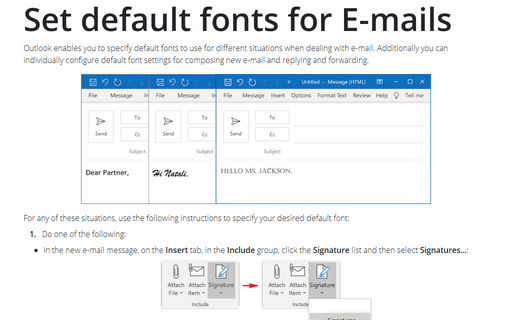 Outlook enables you to specify default fonts to use for different situations when dealing with e-mail. Additionally you can individually configure default font settings for composing new e-mail and replying and forwarding. 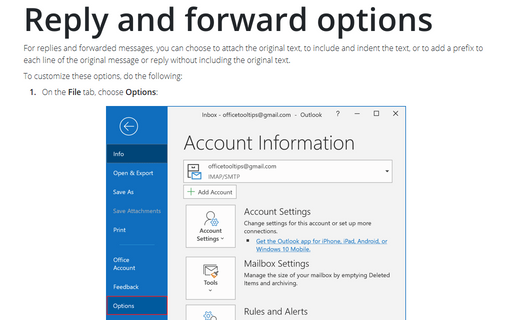