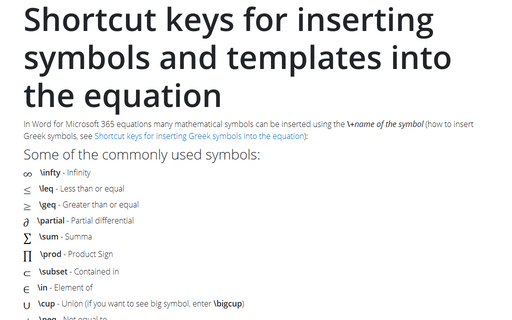 Shortcut keys for inserting symbols and templates into the equation

In Word for Microsoft 365 equations many mathematical symbols can be inserted using the \+name of the symbol (how to insert Greek symbols, see Shortcut keys for inserting Greek symbols into the equation): 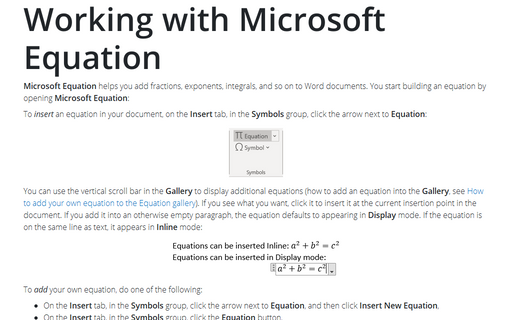 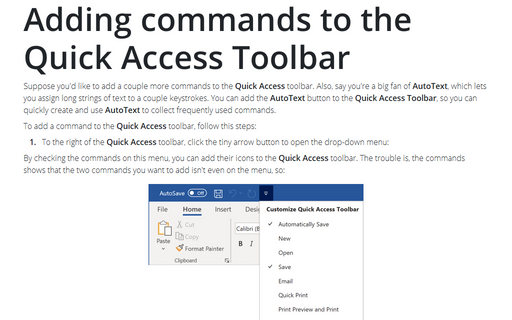 Suppose you'd like to add a couple more commands to the Quick Access toolbar. Also, say you're a big fan of AutoText, which lets you assign long strings of text to a couple keystrokes. You can add the AutoText button to the Quick Access Toolbar, so you can quickly create and use AutoText to collect frequently used commands. 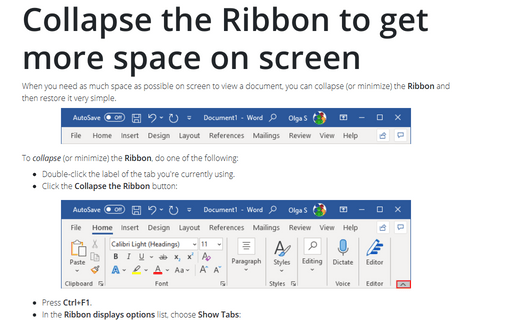 When you need as much space as possible on screen to view a document, you can collapse (or minimize) the Ribbon and then restore it very simple. 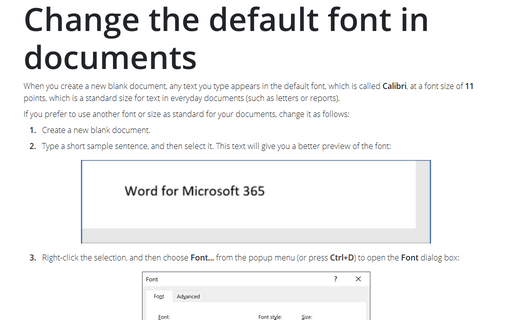 Change the default font in documents

When you create a new blank document, any text you type appears in the default font, which is called Calibri, at a font size of 11 points, which is a standard size for text in everyday documents (such as letters or reports). 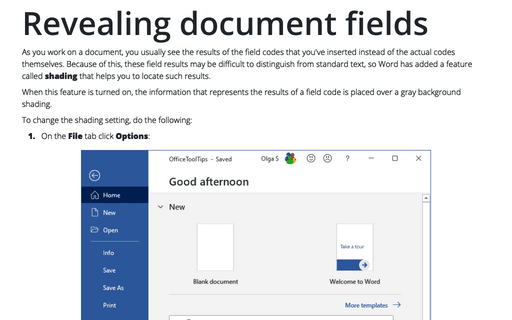 As you work on a document, you usually see the results of the field codes that you've inserted instead of the actual codes themselves. Because of this, these field results may be difficult to distinguish from standard text, so Word has added a feature called shading that helps you to locate such results. 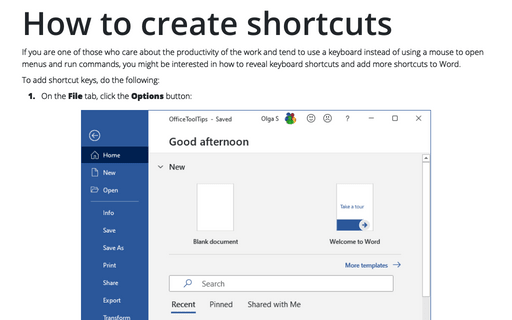 How to create shortcuts

If you are one of those who care about the productivity of the work and tend to use a keyboard instead of using a mouse to open menus and run commands, you might be interested in how to reveal keyboard shortcuts and add more shortcuts to Word. 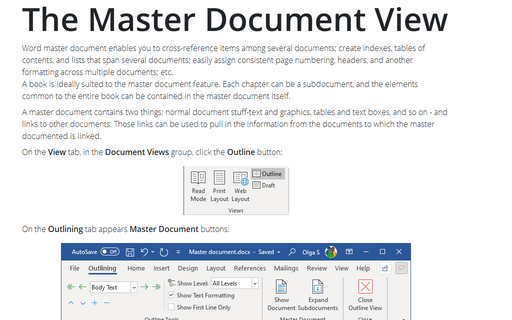 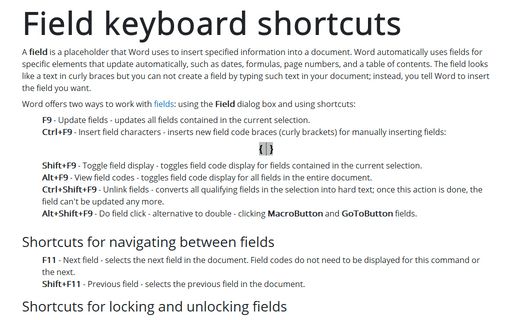 This tip contains shortcut keys for simple and faster work with fields.